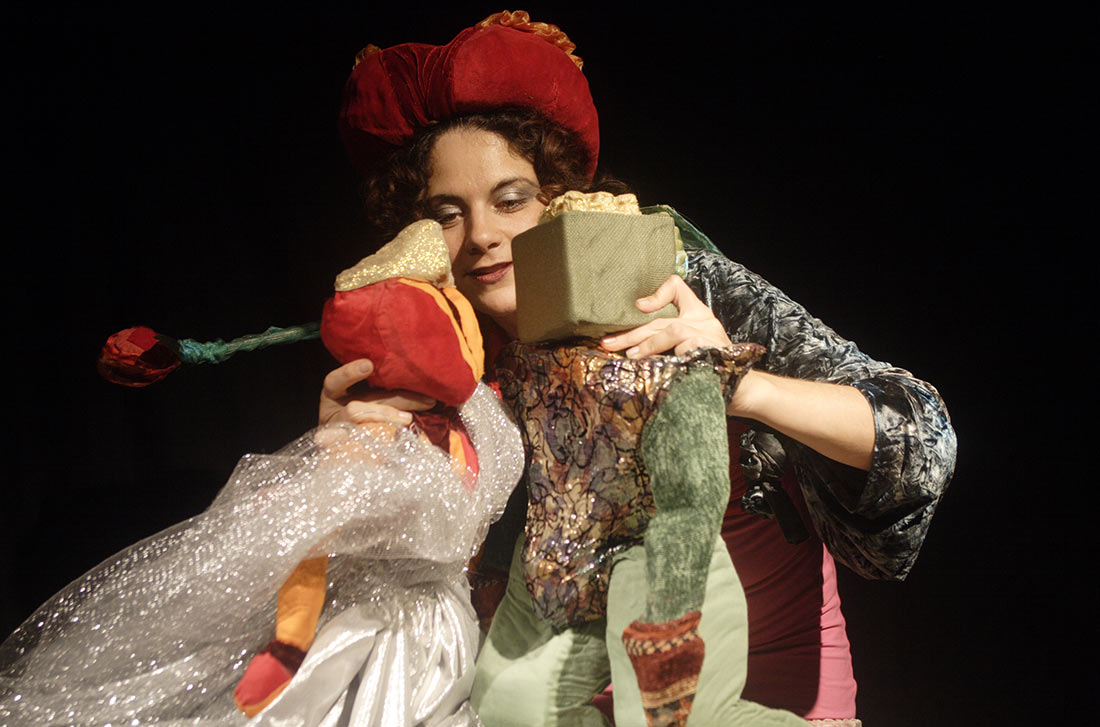 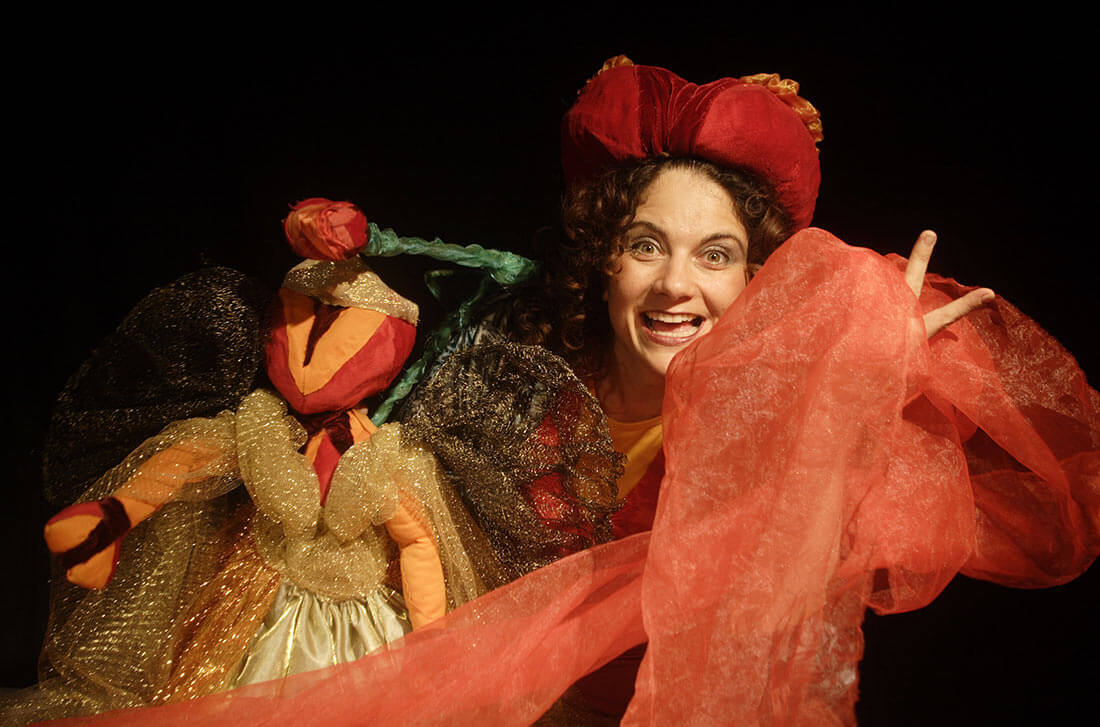 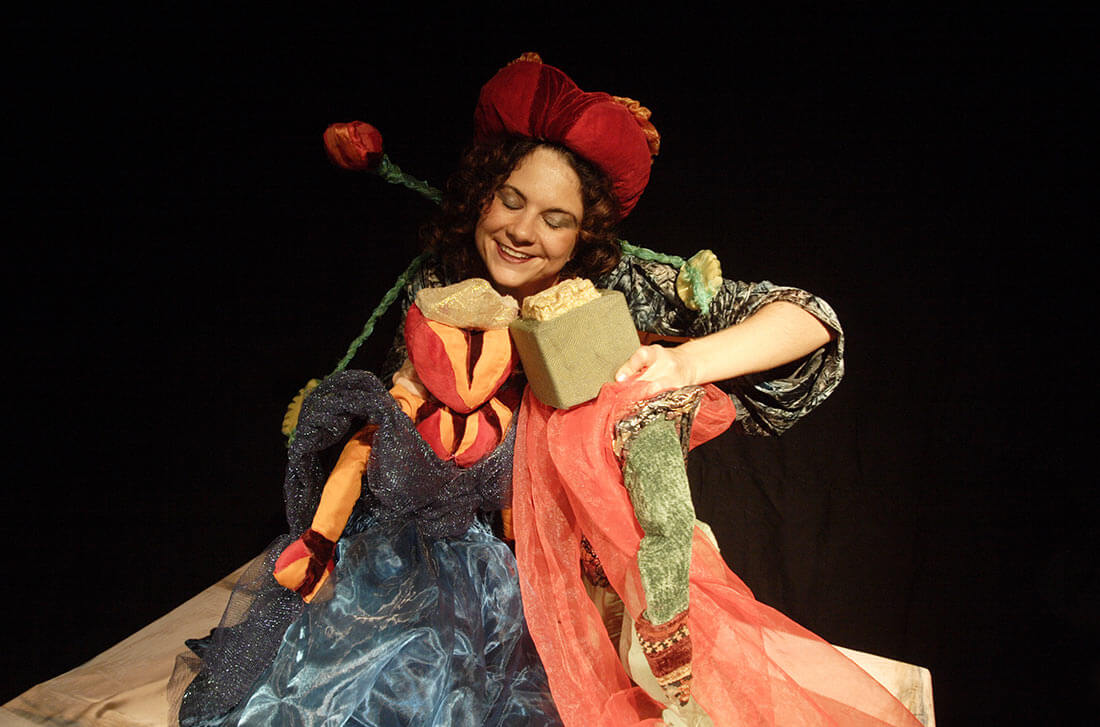 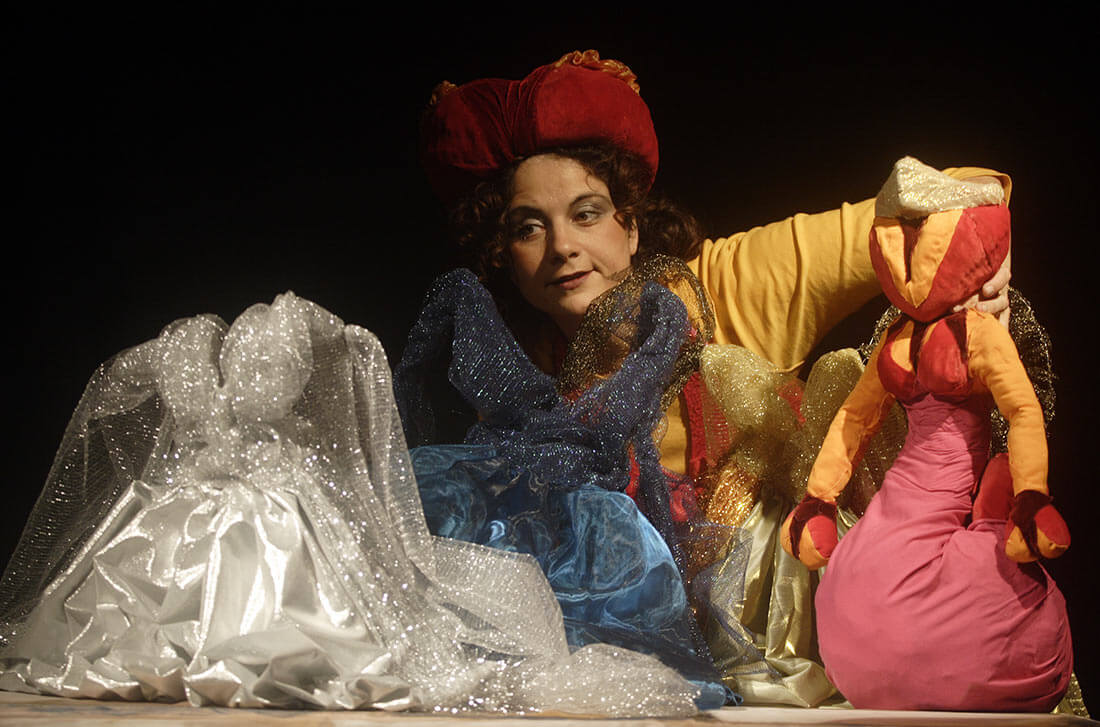 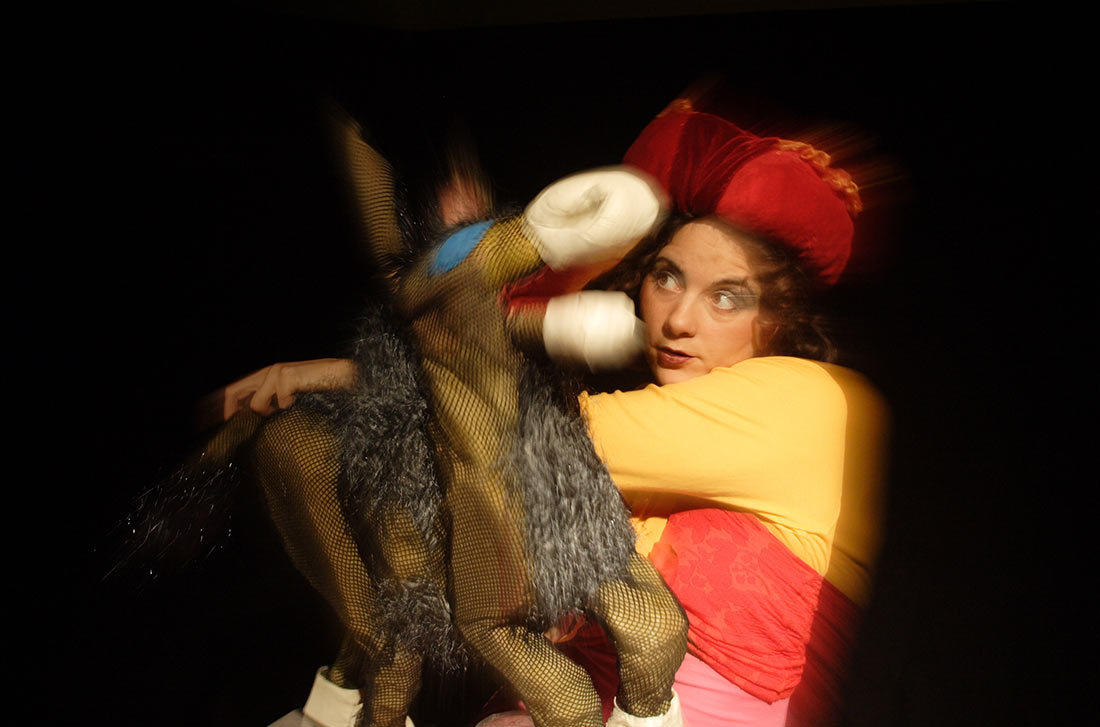 A spoiled princess will be transformed into the hideous Donkey Girl due to her greed. She can only be redeemed through her attempts of winning her prince over. The “myth” revolves around the spoiled child’s, and future adult’s, overly demanding behavior, which becomes worryingly sizeable for the modern greek society in a poetic comedy style.

An entire figurative world unfolds. The magical, fairytale-like, multicolored world. The main heroes are multicolored chess pawns (puppets of direct manipulation), as the scenery is a chess board. The donkey is a muppet and the father’s dress gifts are glimmering constructions. The godmother and Prince’s mother puppets are an extension of the actor’s head and knee. The main heroine’s transformation into a Donkey Girl is presented by the actor and the puppet. The Donkey Girl is redeemed by the ending, while the winged donkey-angel sings. 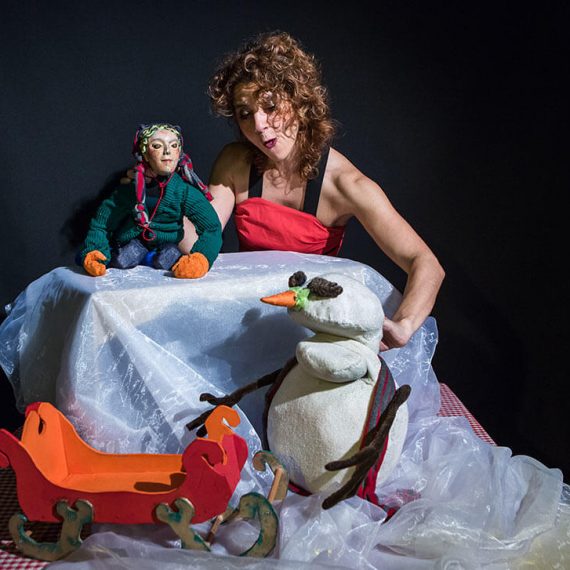 The Snowman who didn’t want to melt 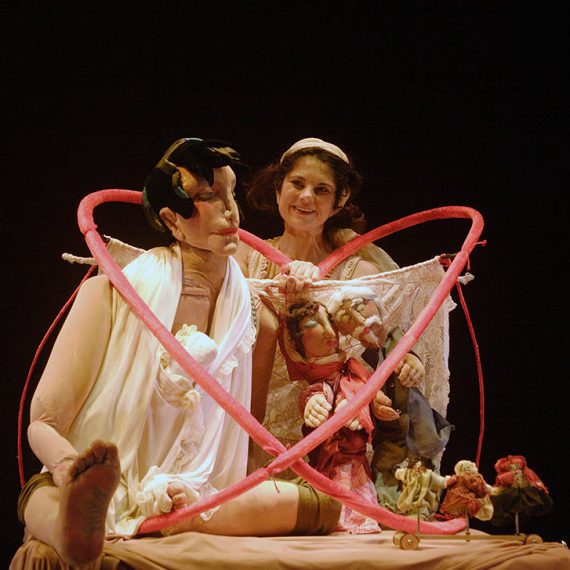 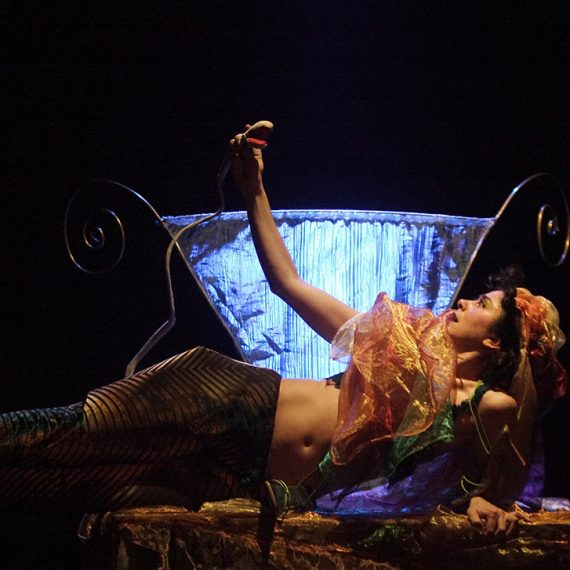